Disclosure: This post contains affiliate links, which means I will make a commission at no extra cost to you should you click through and make a purchase.

Well, they did it again… another super fun and educational monthly subscription box from KiwiCo Koala Crates! Carter happened to get the mail the day it came and was veeeeeery curious if it was for him or Charlotte this time. I love that he looks forward to these already!

As a quick recap, KiwiCo crates are age-appropriate boxes of activities curated to help parents and kids have fun learning at home. KiwiCo crates come in 8 age ranges, from 0 all the way up to 104. Depending on the age, crates ship every month or every other month.

Carter knew what to expect this time, so he eagerly tore into the box and checked the instructions for which 3 “projects” would be included. He was THRILLED with the farm theme. Charlotte’s Panda crate the previous month had a farm theme, so he was excited that they’d be able to combine their activities and play together with the same theme afterward.

It made my teacher heart happy when he found the monthly magazine that’s included with each box and immediately hopped into my lap to read it together before starting his projects.

Carter is super interested in growing things and is my very best watering buddy for our flowers. He loves trips to the farm and asks a million questions about everything growing their. He really wants to get seeds and plant “from scratch” at home next year too. You can probably imagine his delight when he realized he was going to get his very own vegetable garden with this!

I love that he’s practicing fine motor skills to put the tiny little beads on the pipe cleaners. I ALSO love that this was an activity he was able to do all by himself by looking at the pictures in the direction sheet. We talked about each type of vegetable as he created them and also how worms (from the stickers) can help with the soil. In the end, he was only mildly disappointed when we couldn’t water his seeds for real. 😉

As an added bonus, this activity also serves as a memory game. There are two of each vegetable and instead of turning cards over, you pull the veggies out two at a time to see if they match.

Just look at that last picture and you KNOW how my son felt about this activity. Again, it was a pretty simple project that he was almost entirely able to do on his own. Black velcro dots go on one side and white velcro dots go on the other in color-coded spots. Then you fold it all up and attach a handle.

Carter called my husband, Ryan, over to supervise this one. Here’s one thing I really love about KiwiCo… they make it simple for ALL parents to interact with their kiddos and have an educational experience, even without a teacher background like my own because the directions include tips for playing and extending learning.

Also, it’s super easy as a parent to jump in and do things for your kiddos. I kept having to tell Ryan to back his hands up (see the third picture) because he was hovering over Carter. Will your kiddo’s circles be perfectly placed if you let them do it alone? No. But will they learn from it? YES!

Okay, I’m not going to lie… Carter was less excited about building these finger puppets than he was about all the other KiwiCo projects we’ve completed so far. I told him we could wait and do them another day, but he WANTED to play with them on his farm. He just didn’t want to make them. Stinker!

In the end, I peeled the pieces off and he stuck them on happily. We also used the bonus tip to cut and fold cardboard inside to make the animals stand up on their own.

In the end, this crate overall was easier than our previous Rainbow Themed Koala Crate. Carter was able to do almost everything on his own and had fun doing so. I love that in the end, all three of the projects go together. He’s able to play with the puppets on the fold out farm by his vegetable garden and then everything stores neatly inside the barn when he’s finished.

I really love that we have projects that aren’t just fun to make, but also fun to play with for a long time afterward too. When Grandma came over to visit a few days later, it was the first thing he showed her.

Want to try KiwiCo for your littles? They have a generous rewards program where you can earn points toward free products. I earned points by adding my children’s birthdays, following KiwiCo on social media, and sharing my referral link with friends on Facebook.

Want to see some of our other crates? 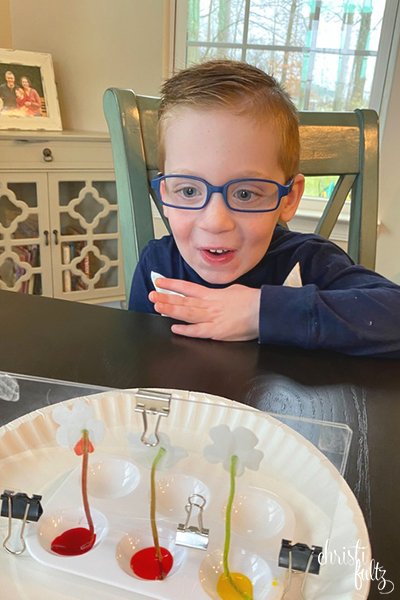 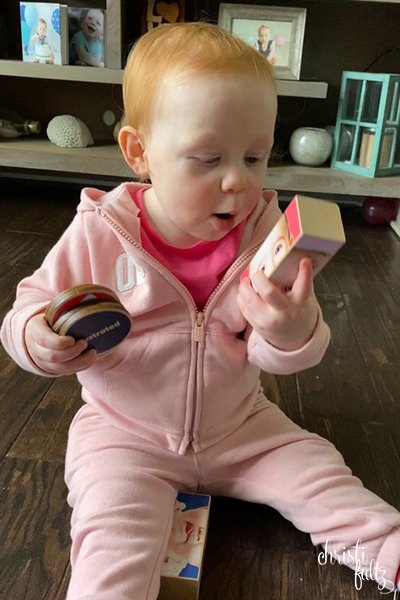 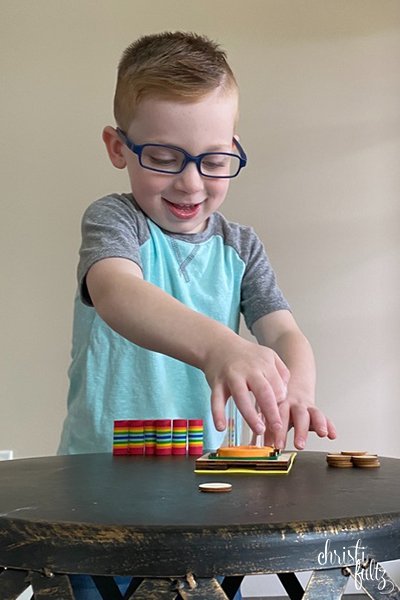 Raising two littles in Ohio as a former elementary teacher turned work-at-home momma. Married to medicine via my husband, a plastic surgery resident. Just trying our best to raise kind kids and keep our sanity along the way.

Happy Birthday // There he is, my little man who t

ROAR // This little guy is rocking his Stitch Fix

Fresh Start // What can you stop and be grateful f

Jokester // Take one look at this guy and you can

Happy Monday // I hope this week brings you as muc

Real Talk // Hey! It's me, Christi. The face behin

What Matters Most Is How You See Yourself // This

Think of me as your virtual business bestie who helps you get it all done and saves you time. I can design your logo, install your website, setup your email marketing, and create coordinating graphics for both online and print projects… just to name a few popular options. The world is increasingly digital. Whether you’re promoting your educational products, coaching services, a boutique, or recipes… you need a responsive website and digital marketing plan. I can help.

behind the scenes as a work at home momma

Happy Birthday // There he is, my little man who t

ROAR // This little guy is rocking his Stitch Fix

Fresh Start // What can you stop and be grateful f

Jokester // Take one look at this guy and you can

Happy Monday // I hope this week brings you as muc

Real Talk // Hey! It's me, Christi. The face behin