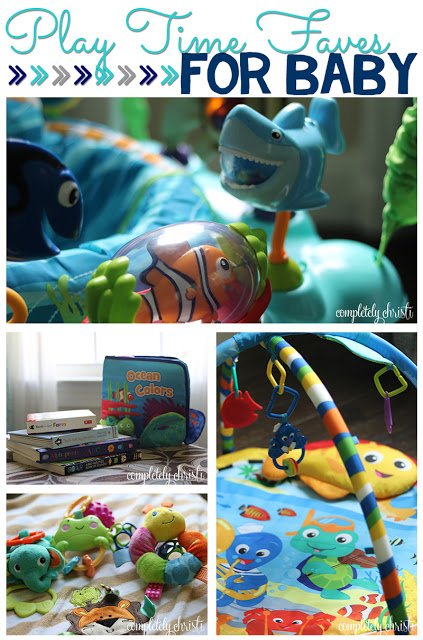 When Carter was brand new and sleeping most of the day and night, I shared my sleep time favorites. Now that he’s five months old, we have some new favorite items for playing.


1. Ingenuity InLighten Swing: I knew we wanted a swing, but really debated if we needed this “bells and whistles” model when we were registering. I am so glad we purchased this one though! It is both a swing and a rocker, plus it has the mobile with songs/sounds/lights. You can also hook your iPhone to it if you want to play something specific for baby. I especially love that the seat portion comes off and can sit on the floor as a rocker. It’s a great place for Carter to play beside me while I’m working. 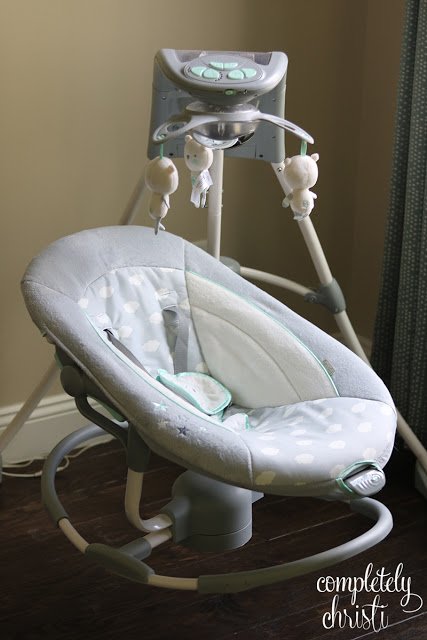 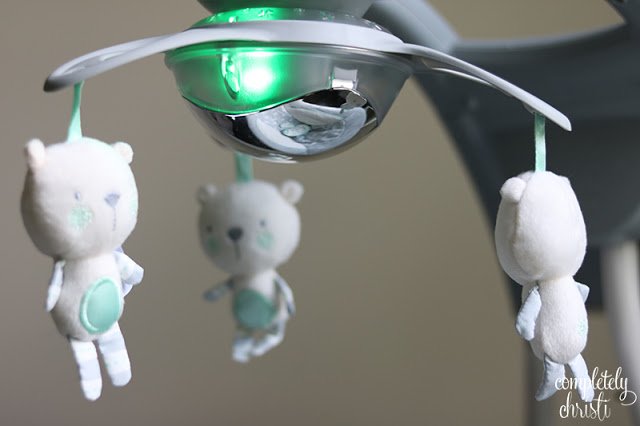 2. Kick Gym: We actually passed on the kick gym initially, in favor of an activity mat instead. But it turns out we needed both. 😉 The play mat was great initially because Carter mostly used his arms to play, but once he started kicking and wiggling we purchased the kick gym. The feedback of the music from his feet is rewarding and encourages him to play. Except, now he is starting to roll and the kick gym is too narrow, so we’re putting him back on the play mat because it’s bigger. So… essentially he needs both. I like that the kick gym piano is adjustable and he’ll be able to play with it sitting up soon. Then it detaches and he can carry it around. 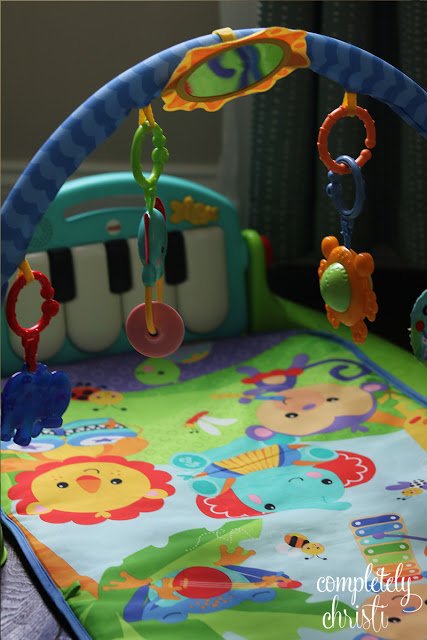 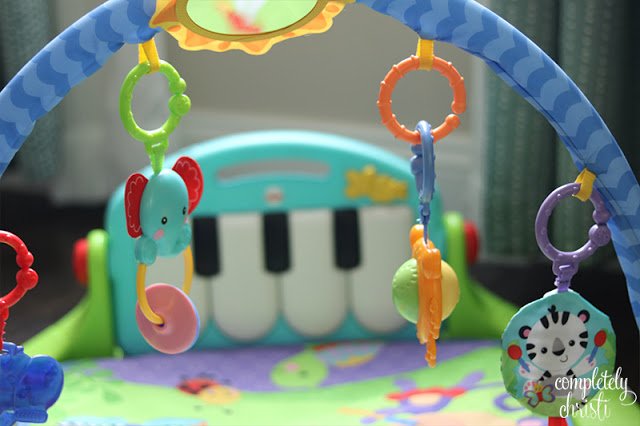 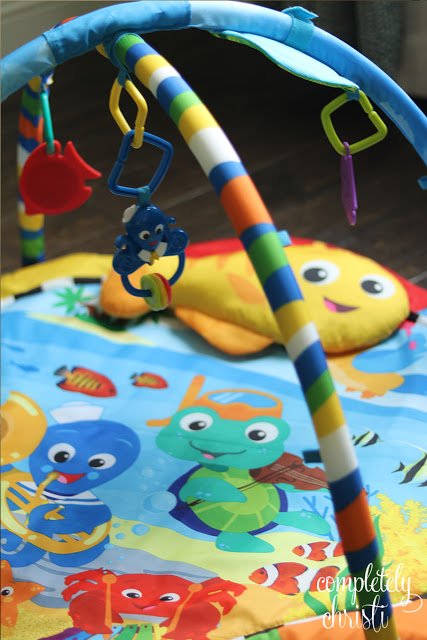 3. Activity Jumper: Carter also spends a lot of time playing in his Disney baby Nemo jumper. The seat spins around 360 degrees, so he has lots of different things to play with. With a combination of lights, sounds, rattles, mirrors, and teethers Carter keeps himself pretty entertained. His hands stay so busy! 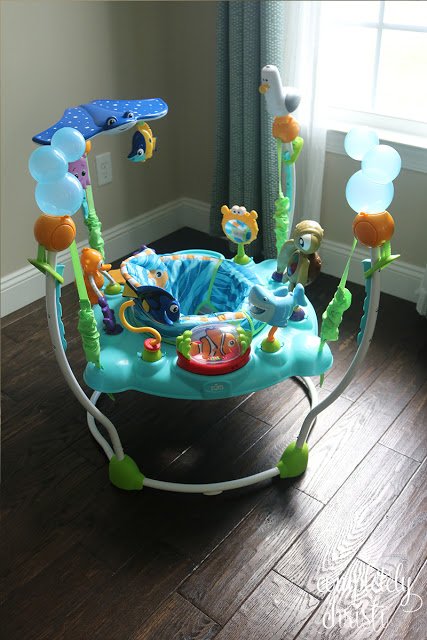 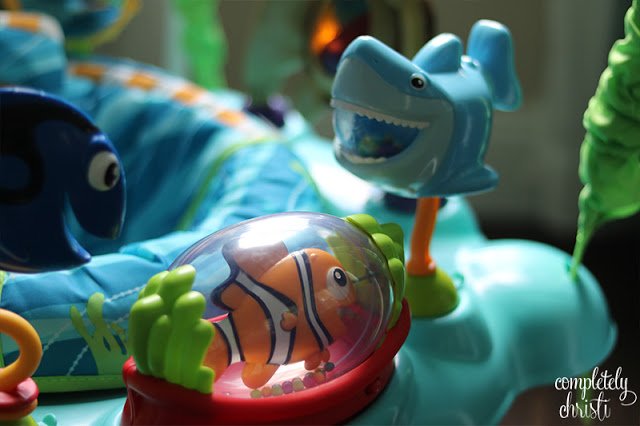 4. Small Toys for Busy Hands: To go along with those busy hands, we also have lots of little toys for Carter to explore. I rotate the ones I’m offering regularly so he always has something different to experience. He LOVES the little elephant tug toy on the left. 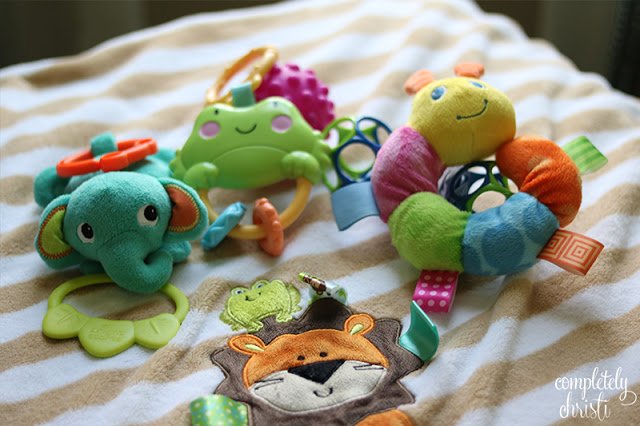 5. Sit Up Seat: This was another item I debated, but ended up running out to purchase. Carter was so eager to sit up in our laps, but didn’t have the core strength to hold himself up. He would get so frustrated! He was also getting quite the bald spot and needed to spend more time in different positions. I didn’t leave him unattended or for long periods of time, but this was a great option for us as he was growing and learning new skills. Now that he’s bigger, he spends more time playing here. I can put it on the couch beside me while I work and he entertains himself. I also feed him his mid-morning snack in here. He loves it! He hasn’t figured out how to make the feet squeakers go yet, but I’m sure he will soon. 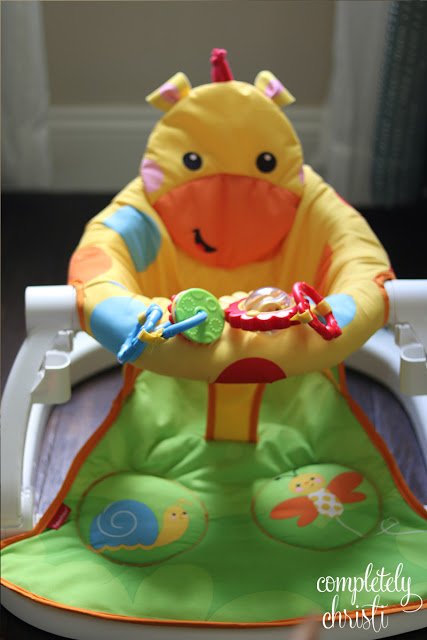 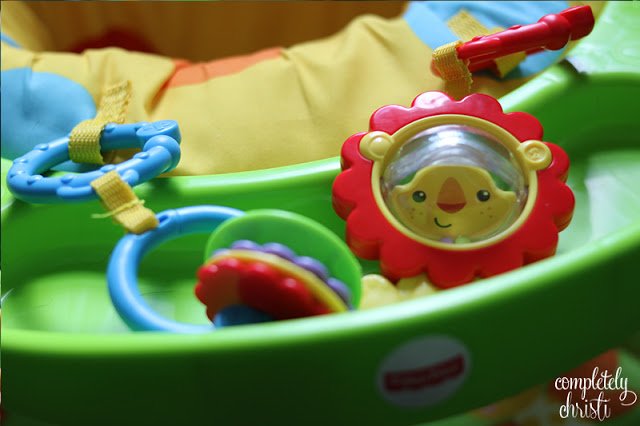 6. Books, Books, and more Books: Carter is also a big fan of books, and this makes my teacher heart happy! 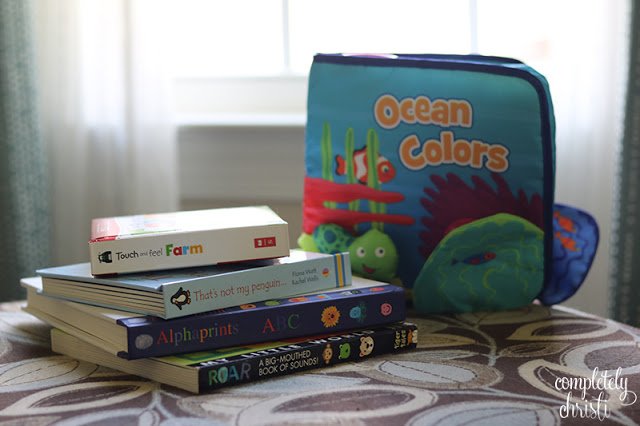 7. Bouncer: I put this one last because we do have a swing/rocker combo, so this is almost a duplicate. However, this little bouncer is perfect for upstairs because it’s light enough that I can easily move it around. If Carter’s awake when I need to shower, I pop him in the bouncer outside the shower glass. If he’s wiggling when I need to pump, I set the bouncer beside my bed and bounce it with my foot for a minute or two. Then I turn on the music or vibrations and he entertains himself. He’s safe, he’s happy, and I can get a few minutes hands-free. Win! If we had a single level home, I probably could get by just with moving his rocker around instead of having the bouncer too. 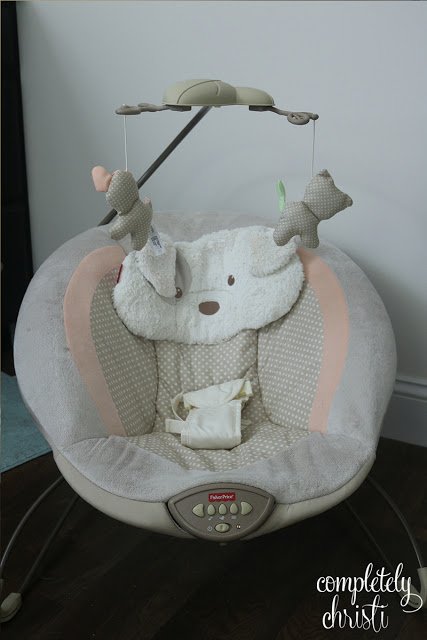 I have lots of other favorites to share with you soon!