Another month has come and gone. It’s so fun to watch our sweet baby learn and grow every day, but it’s also a little sad. I love these cuddly baby days so much! He is still so handsome though, even if he was being stingy with his smiles in our 3 month pictures. 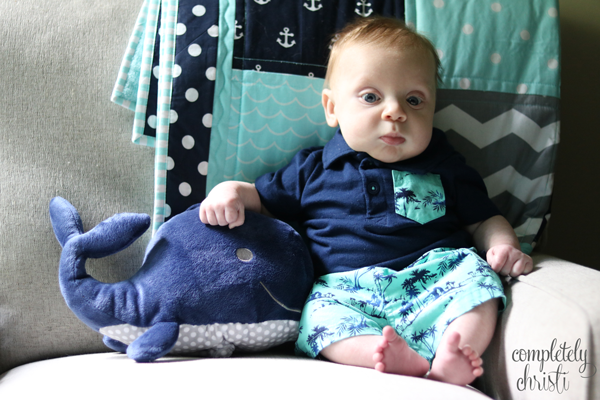 He’s pushing FOURTEEN pounds. Can you believe it?! His 3-6 month tops fit well, but the shorts are still a little big on him. He loves to chat all the time and was “gooing” at me here. 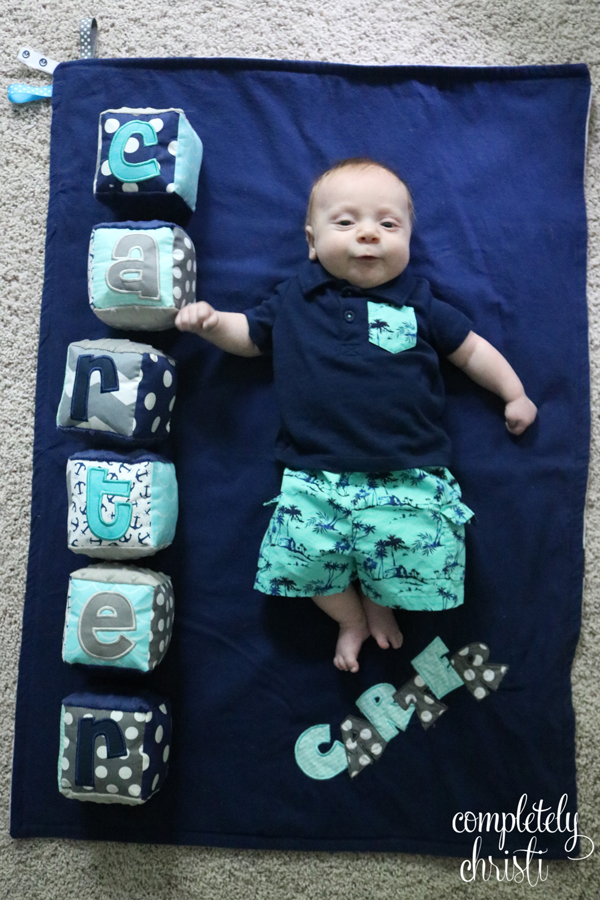 He’s also using his arms and legs like crazy. I told Ryan that someday he’d be grabbing the blocks during these pictures. While he didn’t grab them, he certainly sent them flying. He was pretty proud of himself about it! 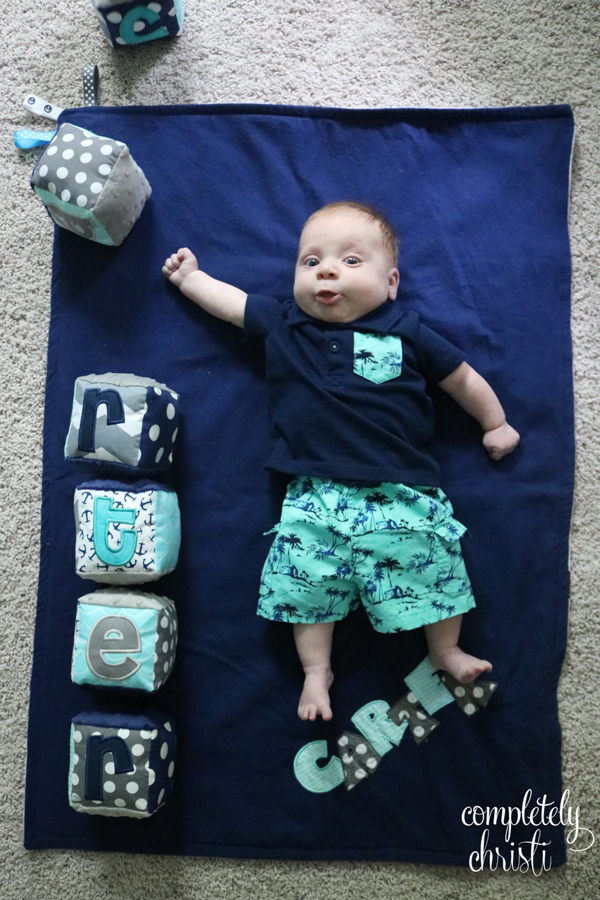 He still loves to cuddle with his momma, and definitely has my love of sleep. After his morning bottle, he usually wants to snuggle on my chest a while, Our days start slow, but I’m soaking up every second he’ll give me. 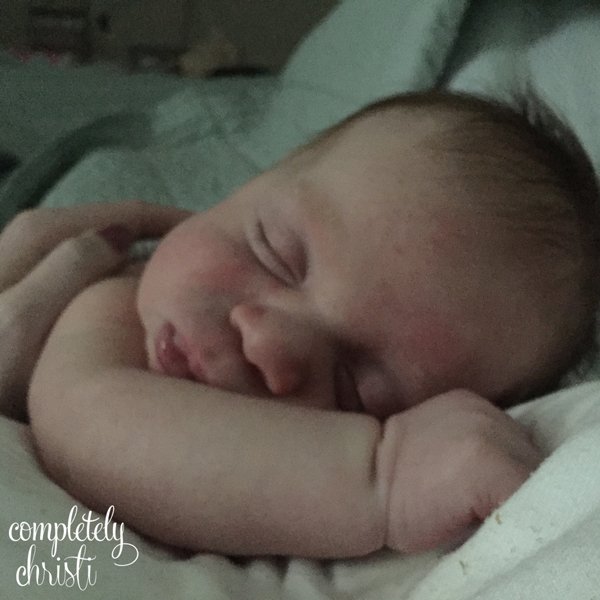 You can’t tell by his sleepy state here, but he loves to watch our dogs! He tracks them with his eyes and flaps his hands against them. When we help him pet their fur, he gets the biggest eyes. Lily keeps trying to play fetch with him. 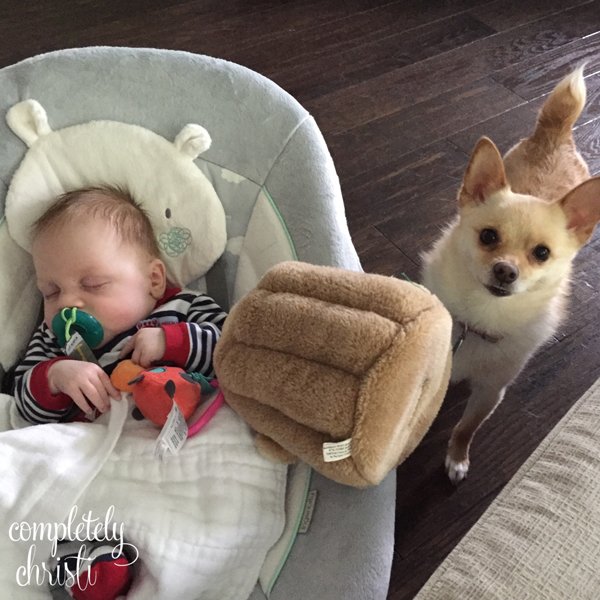 He makes the goofiest faces! Daddy really had him going in these. Seriously, this is my kid! 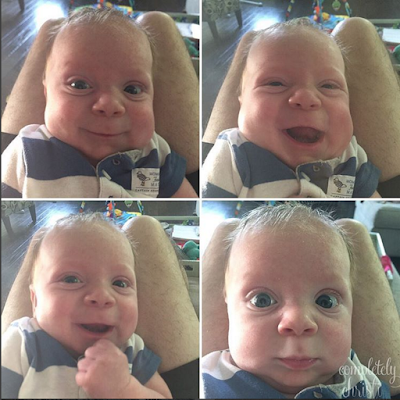 He loves to chat before bed. Daddy props him up on the pillows and Carter just chatters away. Carter’s probably telling Daddy about all the mischief we get into during the day. 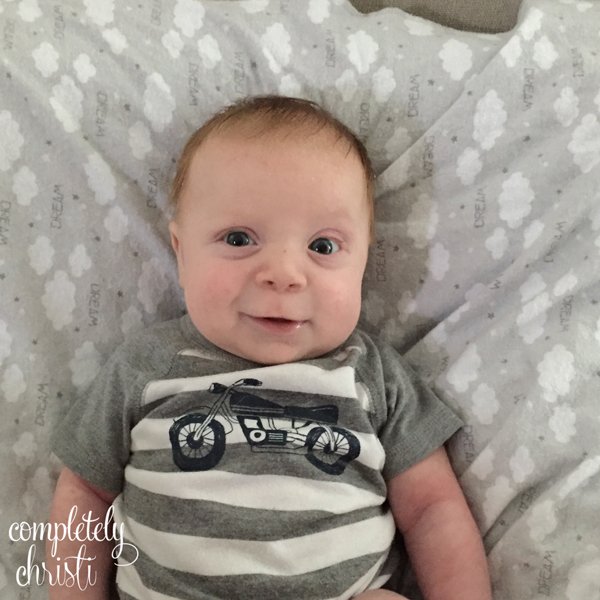 He adores this sit me up seat! We don’t let him use it for very long because he’s still working on 100% head/neck control, but for supervised play it’s great. 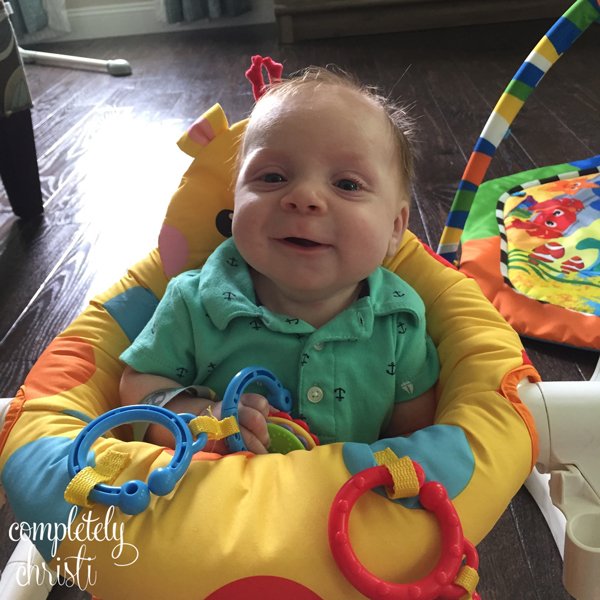 He is so smiley! He’s starting to entertain himself. I’ll hear him cooing in his bed in the morning, or talking to himself in his rocker. 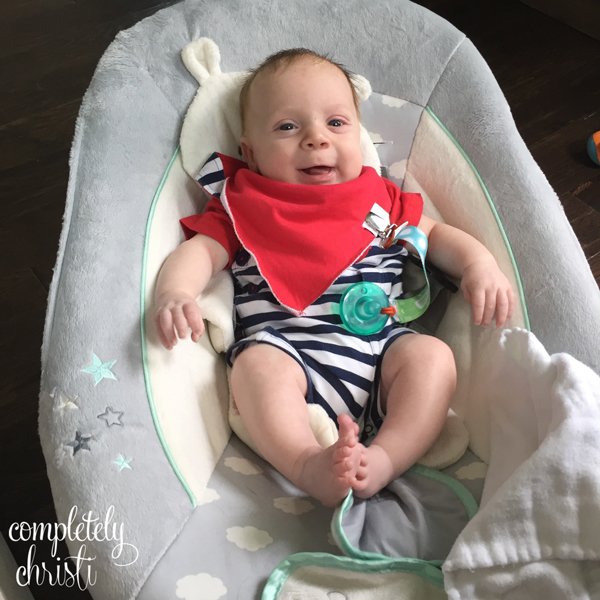 Finally, he went to the pool with us for the first time. The heater wasn’t working yet, so it was a little chilly. But we still let him splash around with his feet. Pretty much the cutest dude at the pool {sorry, daddy!}. 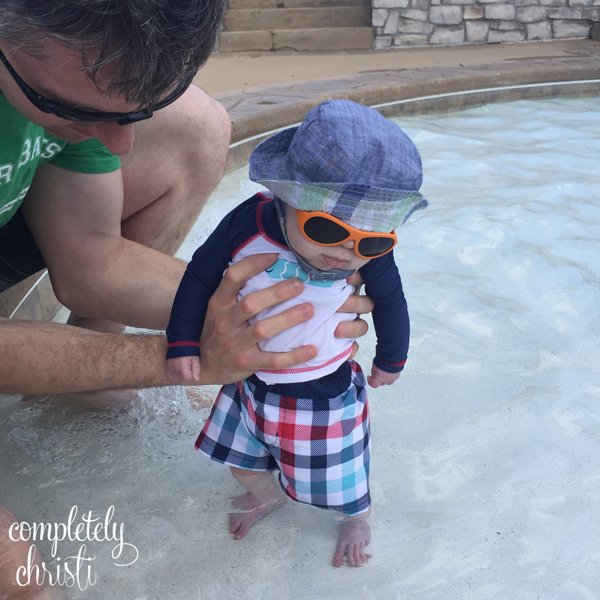 What’s new this month:
-Mister is wearing size 2 diapers and 3-6 month clothes
-He loves hanging out in his rocker or kicking around on his play gym. His days of laying on his back or being happy in the Boppy are over!
-He squeals. Loudly.
-He loves nursery rhymes and the silly noises Daddy makes while reading.
-He met us Uncle Jason, Aunt Kara, and cousin Luke for the first time.
-We had our first date night without Carter.
-His fingers are his favorite snack.
-He went to the pool for the first time!