We did it again… we moved through another month. Carter is growing like a cute little weed. He weighs in at a whopping 12.2 pounds and is 23 inches long. This means he’s officially busting out of his size 1 diapers and 0-3 month cloths. He loves to eat and polishes off 25 ounces of milk a day. Fortunately, he also still loves to sleep so we’re all staying pretty rested around here in spite of the new addition. 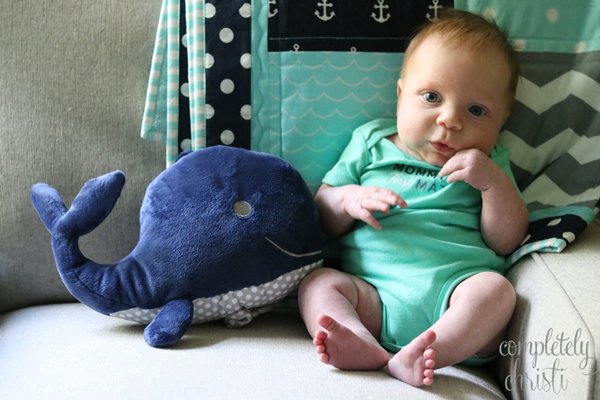 Can you tell he had just eaten and had a nice, fully belly here? Look at that little attitude… stomping on his blocks already. 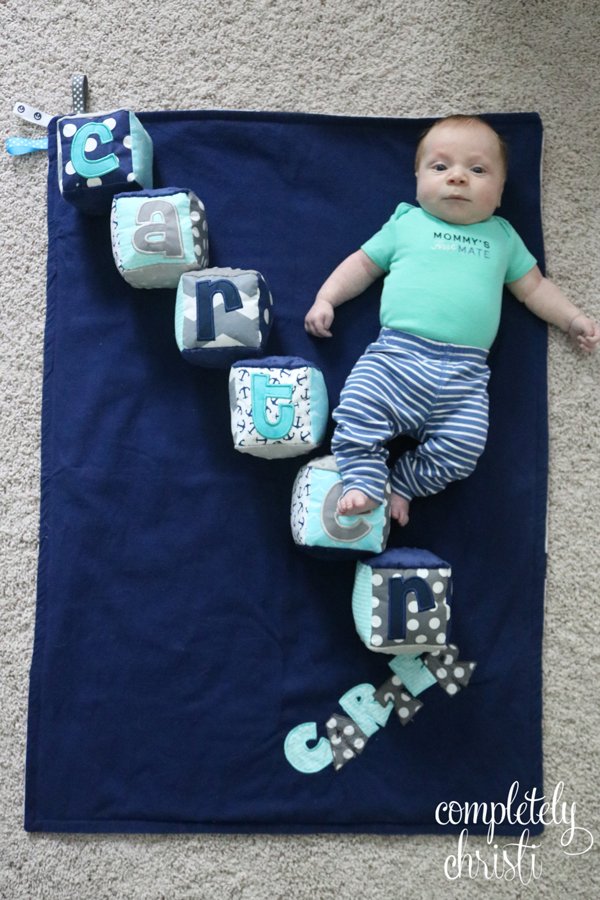 It’s so hard to narrow down my favorite pictures from the month, but here they are. First of all, YAY for Carter making me a momma. He turned 2 months old on Mother’s Day. He knows the way to my heart because he made sure Daddy bought me chocolate cake with peanut butter icing. 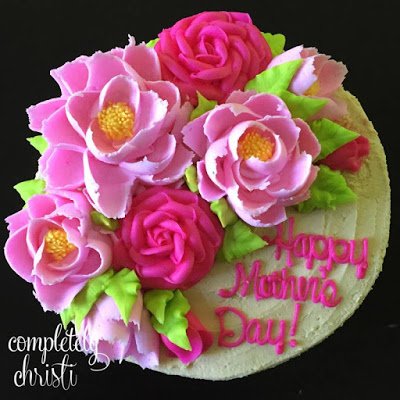 I thought this one was pretty cute. He was giving Daddy the business. If you catch him in a good mood, he’s starting to work on those vowel sounds. Ooohhh…. 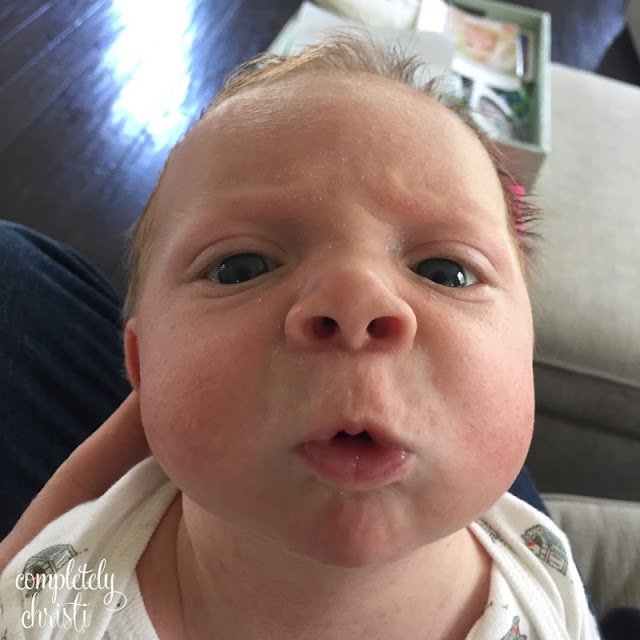 I also managed to catch his first big, authentic smile on video. I grabbed a screen capture of it. Gosh, I had been waiting for this moment!! 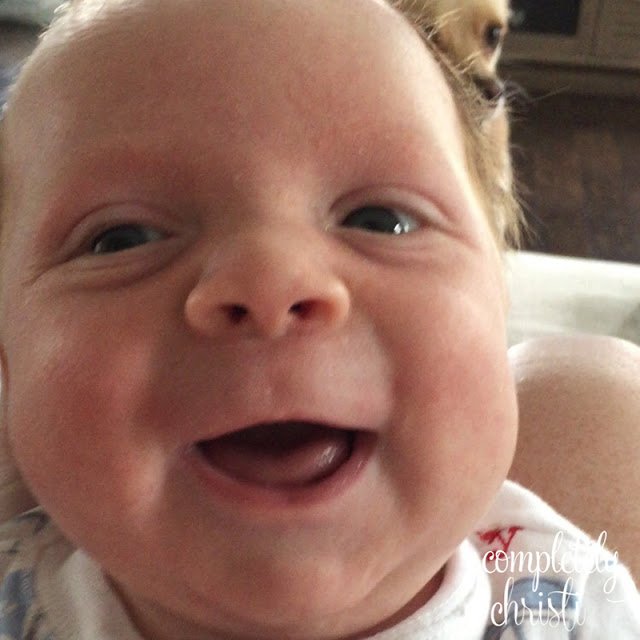 He still loves his stroller rides… 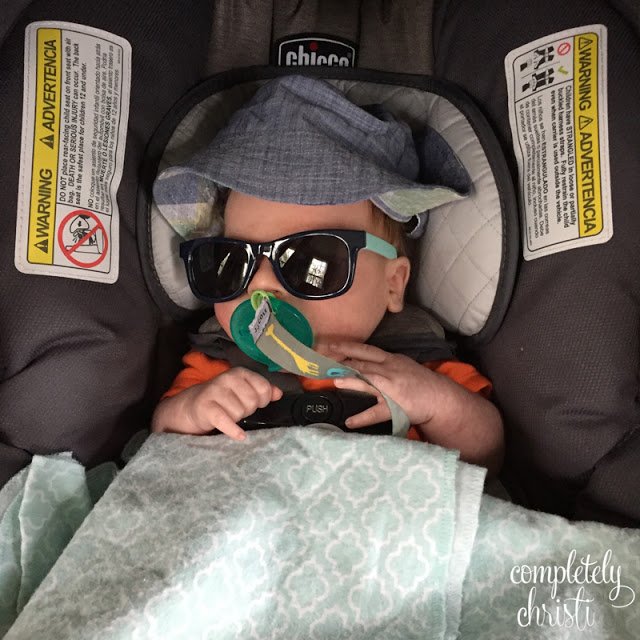 …but hates tummy time. Poor thing FELL ASLEEP like this. Like a good momma, I had to take a picture before rescuing him. 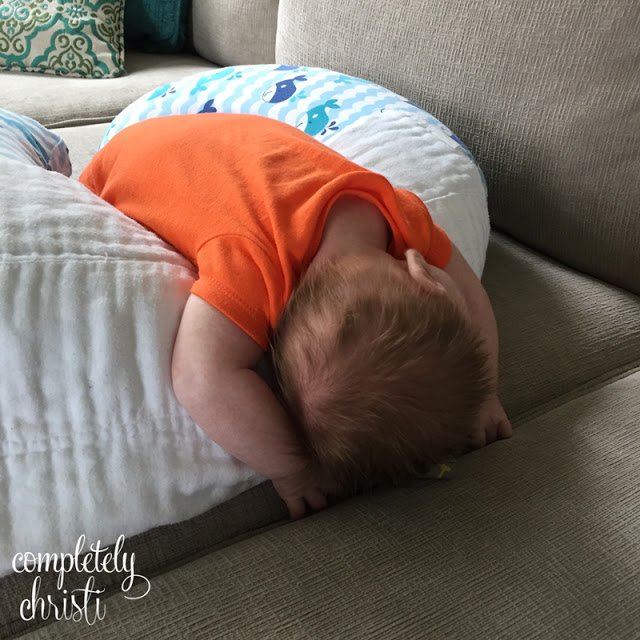 He still digs his swing too. He’s really starting to watch the mobile, but loves looking outside the window too. Side note, we BOTH really love this purchase. It’s the Ingenuity InLighten model so it’s both a swing and detachable rocker. It plays music/sounds, vibrates, has lights, and you can hook up your iphone if you want to play specific stuff. We have the teddy bear one, but it also comes in lions and elephants. 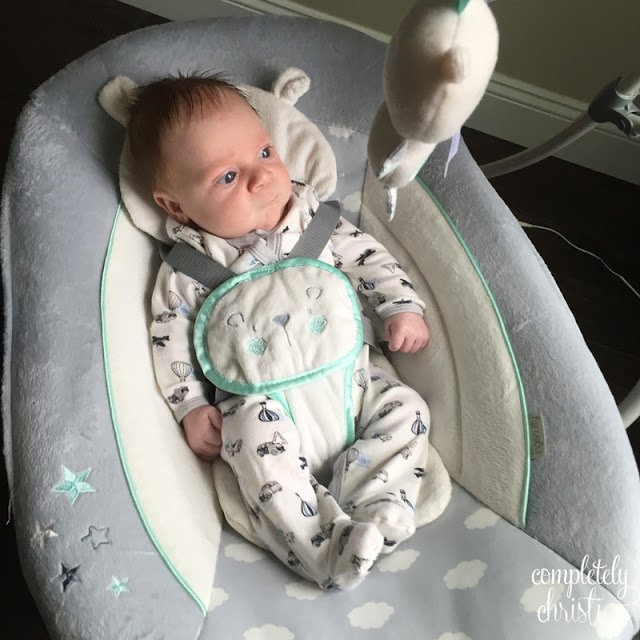 As you can probably tell, he has quite the personality. This little sweetie made sure we were all up at 5am to celebrate Mother’s Day together. I tried to tell him it was too early, but he was all, “What do you mean?! Let’s party!” So of course we did. 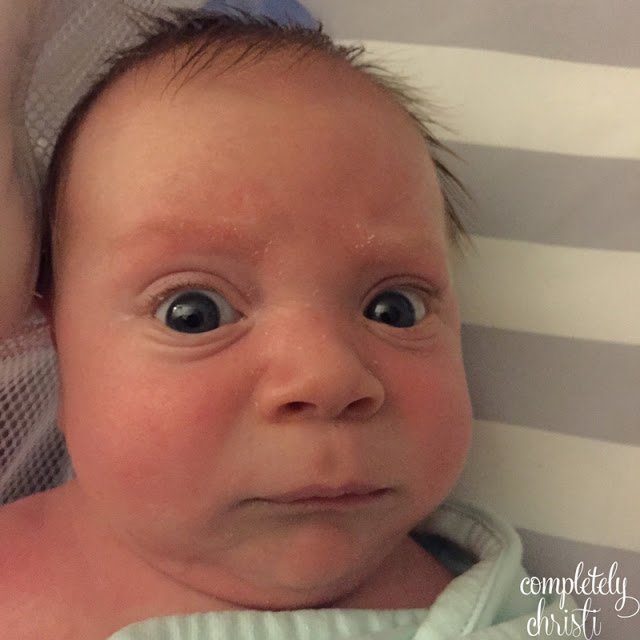 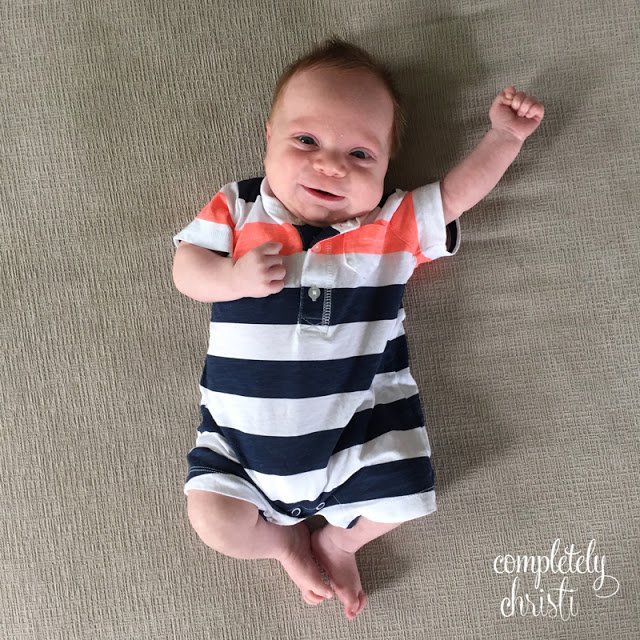 What’s new this month?
-He gives us smiles all the time
-He’s starting to work on vowel sounds and chats with me a few times a day
-He is busting out of his 0-3 month clothes. Slow down!!
-He loves music, particularly pop like Maroon 5.
-He’s paying attention to his toys– mobiles, carseat, play mat
-He really loves our dogs too. He watches them intently and loves it when I help him stroke their fut.