When I was pregnant, a friend told me that the days would be long once Carter arrived, but the years would be short. She was definitely right. Some days it feels like all I do is feed Carter, change diapers, and snuggle him to sleep. But then I look back and it feels like this first month was gone in the blink of an eye.

He’s so much more alert and sits up better with help. 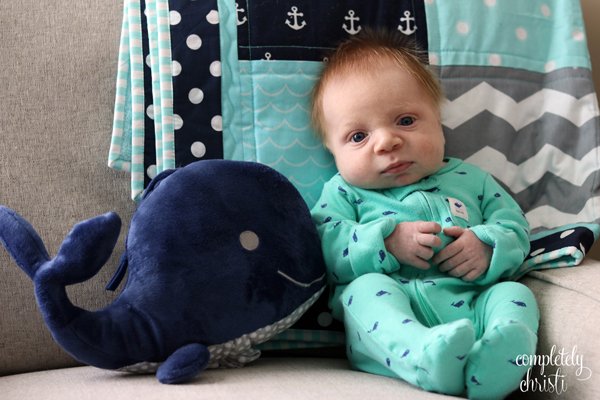 He’s getting longer too! 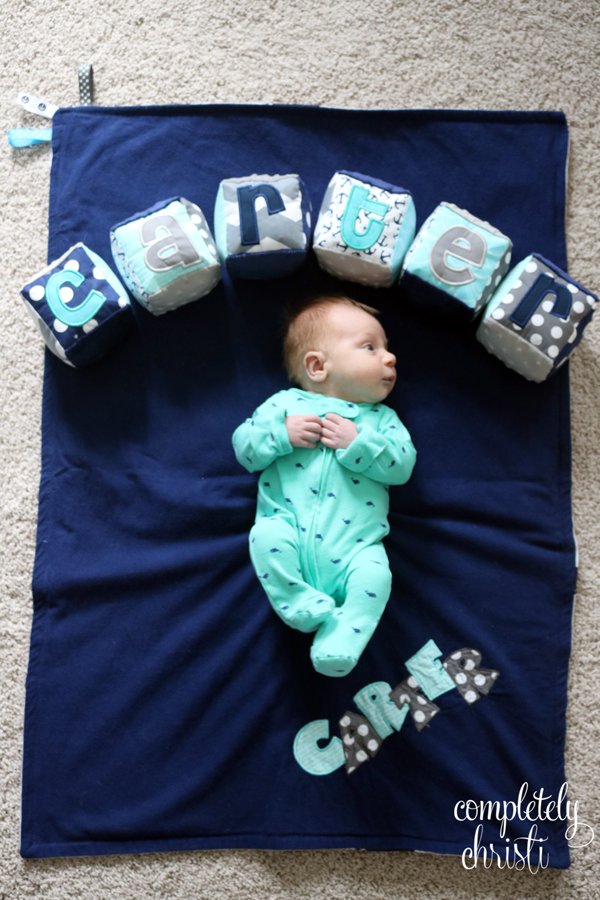 His one month pictures were also his official last day in newborn clothes. These jammies are both newborn sized and he’s filling them out completely now. Where did my little squish go?? 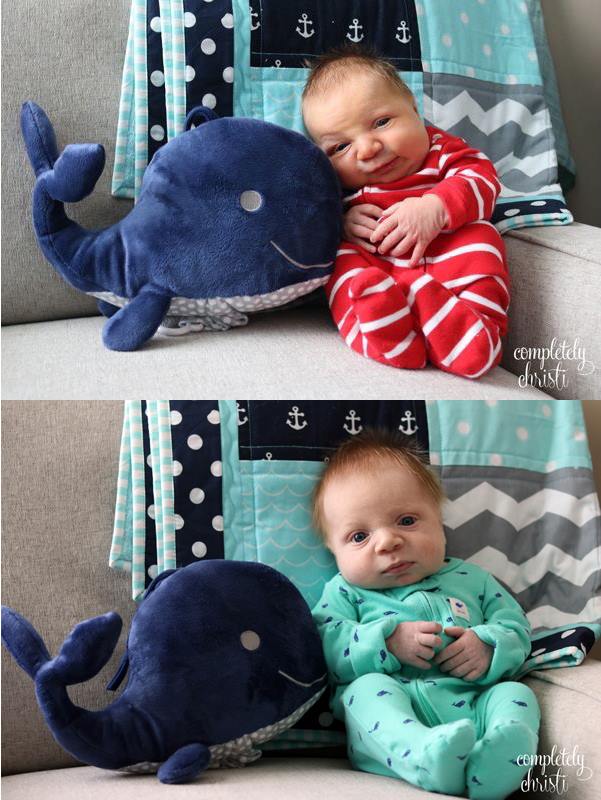 As a new mommy, I’ve taken lots of pictures every day. Here are some of my favorites from Carter’s first month. I just love his little expression here. That day he had insisted on being carried around like a little monkey on my shoulder. 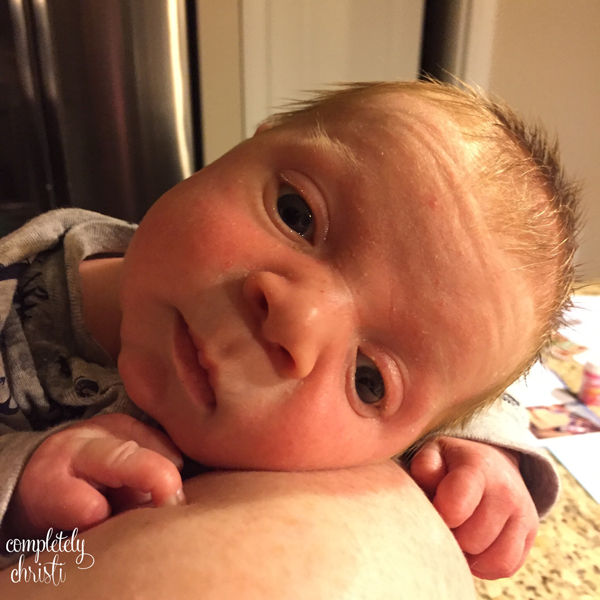 His definitely getting more expressive. Love his silly little faces! 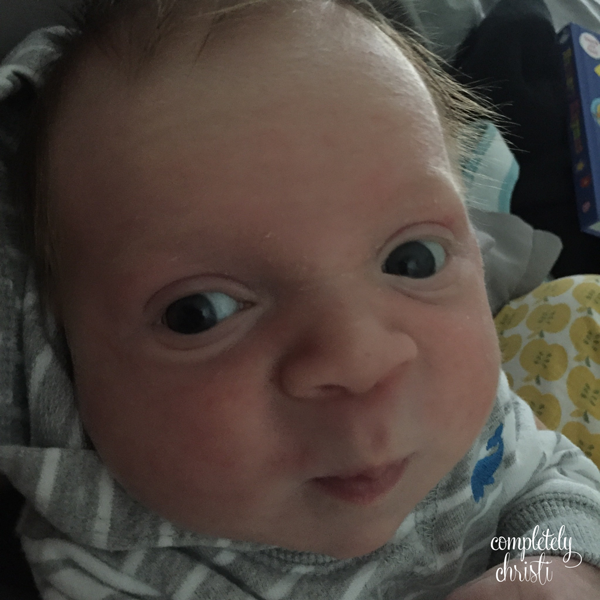 While he still isn’t a fan of bath time, he has stopped screaming his way through them. 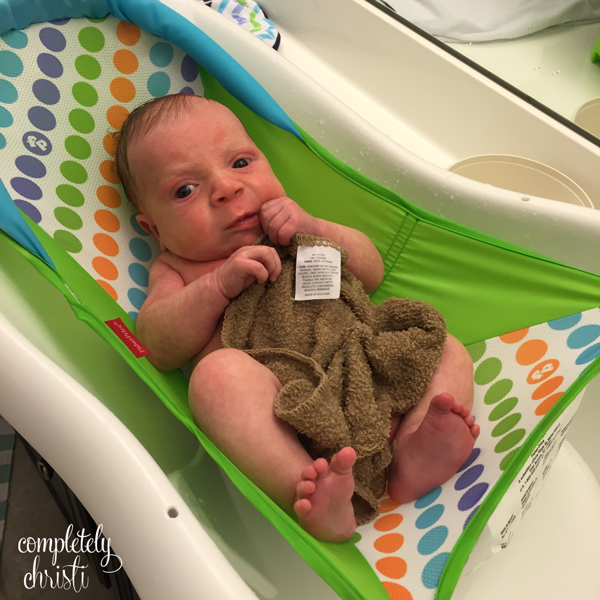 He loves being read to. Humpty Dumpty and Baa Baa Black Sheep are particular favorites. 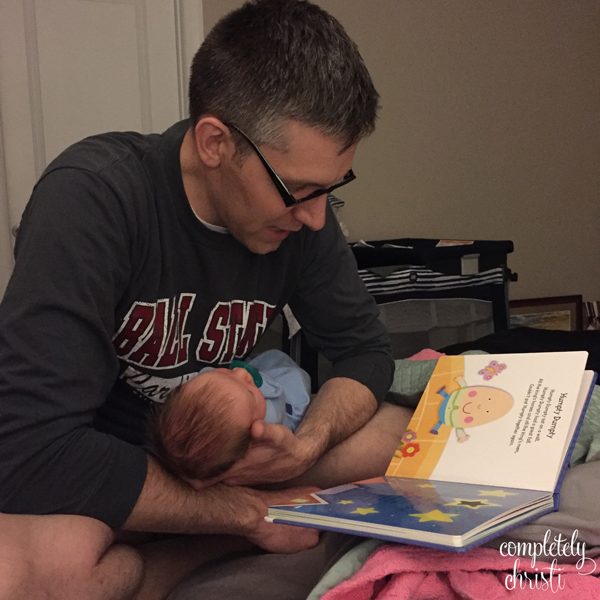 Playing is exhausting. Sometimes we stop and take a nap right in the middle. 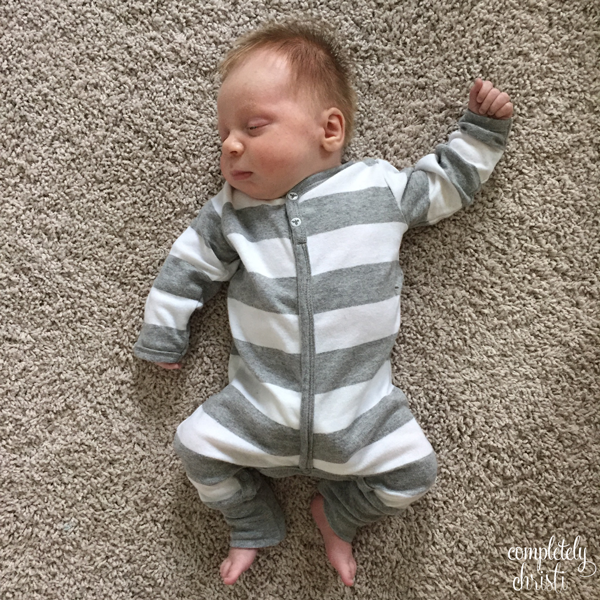 What’s new this month?
-He’s moved up to 0-3 month clothes and size 1 diapers.
-He weighs just over 10 pounds.
-He’s starting to interact with us more. Still waiting on that first real smile though!
-He enjoys his bouncer and will entertain himself in it while I take a shower.
-He loves going for walks in his stroller. He waves his little arms out the edges and puts his nose up in the breeze.