I haven’t been blogging my pregnancy as much as I thought I would initially. To be honest, it’s a good sign! Things have been pretty uneventful. I’m officially 29 weeks and we are so looking forward to meeting our little man!

Bump:
I’m definitely in maternity pants now, but still wearing a mix of my regular tops and maternity ones. My belly is measuring exactly on schedule, but baby is about a week ahead. Sometimes I catch a glimpse of myself in the mirror and have to do a double take. I tease my husband that it’s either laugh or cry at this points about the changes. 😉 In spite of my retroverted uterus, I’m starting to feel lots of movement and you can actually see him poking through on the outside now. It’s reassuring and I had really been looking forward to that. 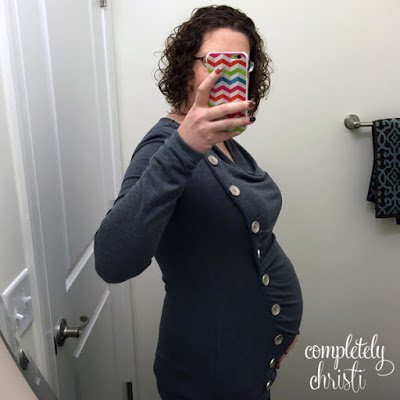 Symptoms:
Mostly, I’ve just been tired. I never really found the magical second trimester energy boost that most people said would come. I’m now into the third trimester, so I think it’s safe to say that isn’t coming. My blood pressure has still been running low, but I’ll take that over high blood pressure any day. I also had some gallbladder pain, which was worrisome because my mom had hers removed right after her first pregnancy. But that seems to have passed thankfully.
Food:
I don’t have much of an increased appetite, though I go from not hungry at all to starving in about three seconds flat. ha! Mostly craving Mexican food and the occasional sweets, but then the craving passes as quickly as it started. I’ve gained 15 pounds so far, and my goal was to get out under 30 overall. With 11 weeks to go, I think I’ll be on track for that. Already thinking about getting the weight OFF.
Looking Forward To:
So many things! It’s definitely getting real now. In the short term, I’m looking forward to decorating our nursery. All of the furniture (except the mattress) has arrived, and my husband is taking a week off work next week to put it all together and paint. I am determined to have the nursery finished before he goes back to work. We’re doing a nautical theme. It’s going to be so cute! Here’s our color scheme. We’re using the top teal, left beige, and far left blue: Dhurrie Beige, Reflecting Pool (on top), and Regatta (far left). 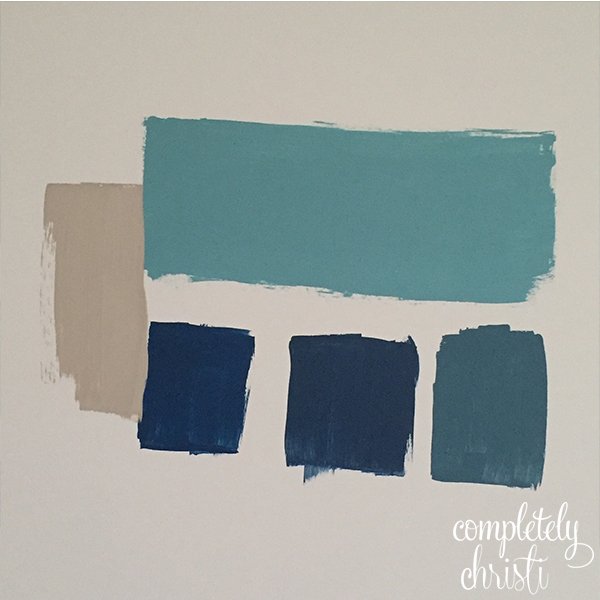 I’m also really looking forward to my family meeting our little man. I went home to Louisville for Thanksgiving and Christmas, my belly bigger by the minute each time. My dad chokes up talking about him, and my mom keeps saying she can’t believe I’m actually pregnant. ha! My brother and sister-in-law have been telling my nephew about the baby and teaching him the name too. It’s so fun to think about how different next year will be at this time.

Until next time, when I’ll probably be bigger than a house…