It has been a whirlwind around here! Ryan took a week of vacation to work in the nursery and around the house. I made a huge honey-do list and he accomplished just about all of it. I am eager to share the nursery pictures, but we’re waiting on a few finishing touches to ship. I just want to do it justice and wait until it’s all finished. In the meantime, we’ve painted more swatches and had Ryan Homes back for repairs.

First up, let me just give props to Ryan Homes for their efficiency this week. I joked that the supervisor “called in the calvary” last Friday. Several crews were here to add the missing trim, finish our punch list, and check out the basement carpet. It turns out the carpet stains could not be cleaned, so they’ve ordered a new section of carpet. They’ll check the carpet pad when the carpet is removed because it seems to be pulling up dirt through the pad. No date yet because the carpet had to be ordered, but is fortunately still available in the same dye batch.

But here’s the most impressive– trim work makes such a difference. It was a day’s worth of trim installation and a second day’s worth of paint, but so worth it. They added crown molding and a chair rail throughout the upstairs hallway. The left is “after” and the right is during. I forgot to snap a true before shot. 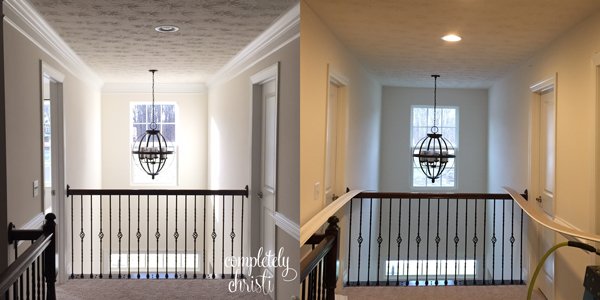 The dining room also received an update. They touched up the tray ceiling so all the seams are hidden, plus they added the molding. 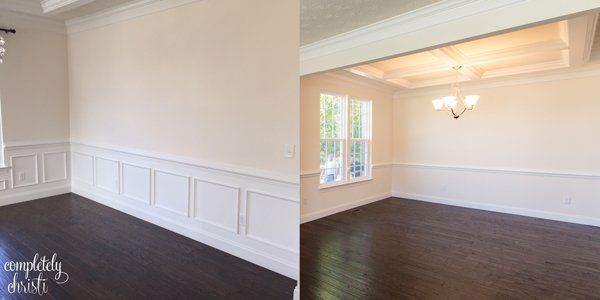 LOVE the way difference it makes. The walls are currently Sherwin Williams Eggwhite, but we’re updating them with China Doll soon. We’re also considering painting the recessed portions of the tray ceiling a shade or two darker to make it stand out more. 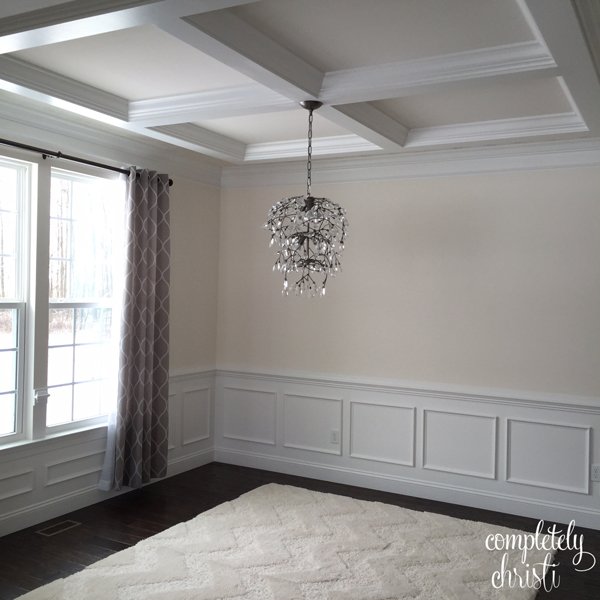 Here’s an example of the darker tray ceiling concept:

But seriously, how amazing is the Pottery Barn Bella Chandelier in the dark? I can’t wait to get the dining room table moved back into here; they were supposed to move it back when they did the windows, but that’s been delayed so we’re rocking the empty room look again. It’s way too heavy for my husband and I to move alone with me pregnant. 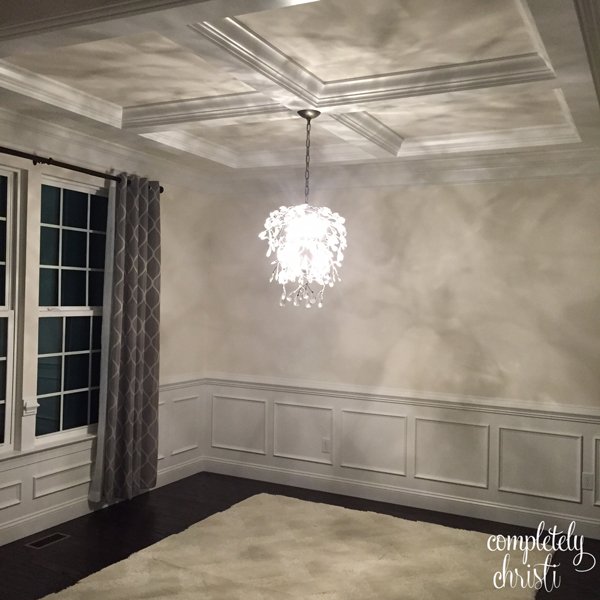 We also received quotes from four different painters this week. Ryan painted the nursery, but there’s just too much for us to do the rest of it on our own. Professionals can knock the whole thing out in 3-4 days and it’s surprisingly affordable. Here’s Sherwin Williams Swimming and Sherwin Williams Tidewater. I’m pretty sure I’ll be using Tidewater in my office. 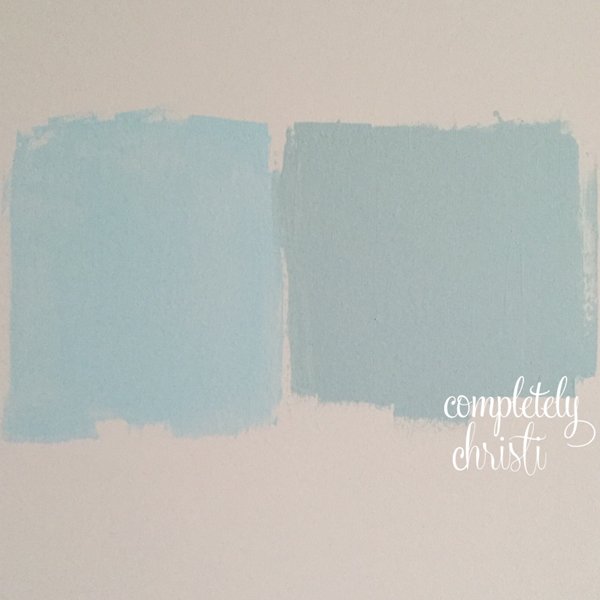 Painting test swatches on the wall is so important. They looked super similar in the cans, but very different on the wall. I was leaning toward Swimming initially, but it’s just too bright on the wall. 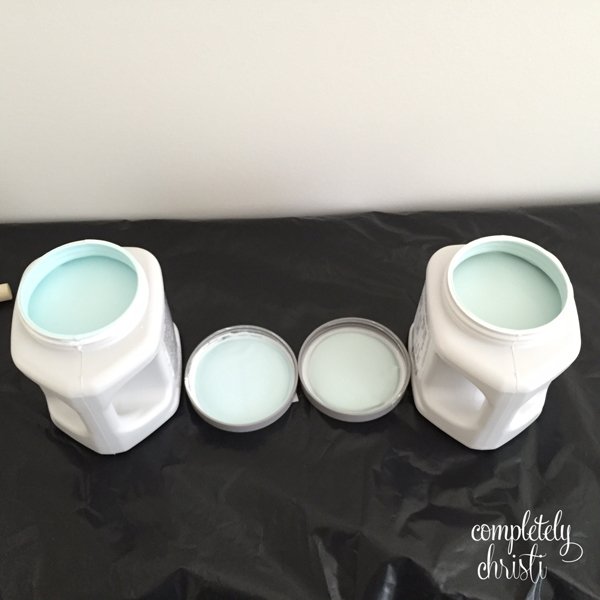 Finally, we also hung up most of our pictures and art while Ryan was on vacation. I’m waiting until we paint to do the full house tour, but here’s a preview. Step 1: throw everything on the floor, haha 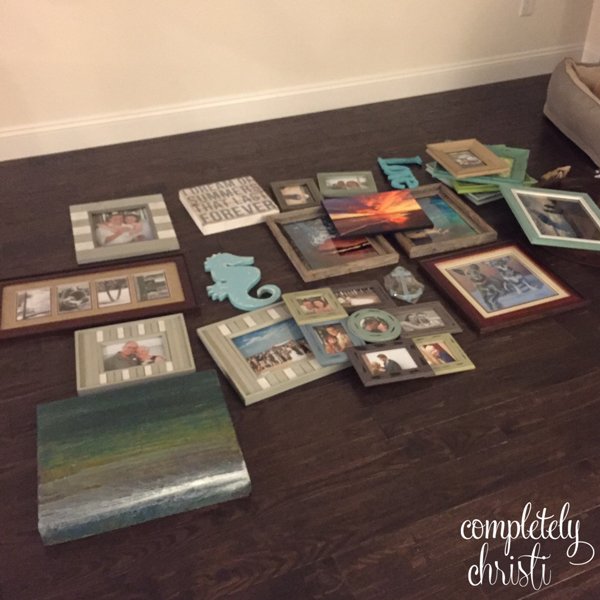 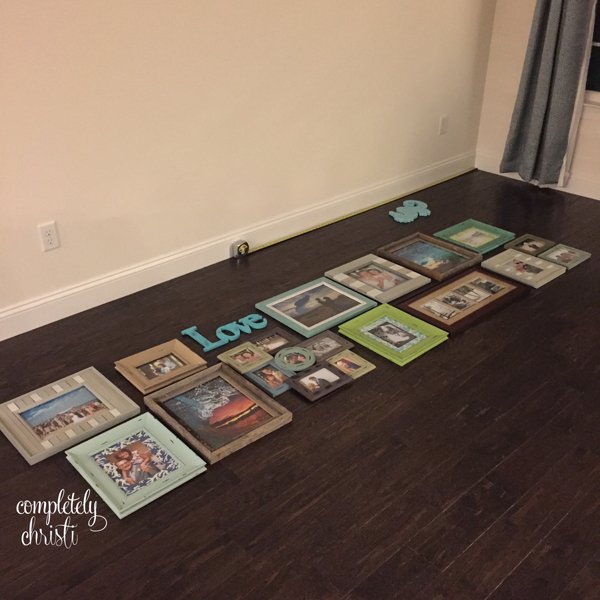 The nursery items are all supposed to be in next week, so I’ll share those next!