We made it! It came down to the wire, but we closed just an hour behind schedule. Hooray! 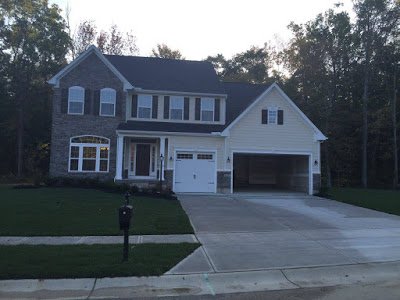 My husband had the truck loaded on Thursday night, drove it to closing on Friday, and had us moving in right after. It’s been an exhausting two days. Ryan has to go back to work Monday, so the plan is to get all furniture and boxes to the correct rooms this weekend so I can unpack this week. I hate that I haven’t been much help– no heavy lifting while pregnant. Darn. 😉

We have a small list of issues leftover from our final inspection. For example, the house wasn’t cleaned so the brand new carpet is covered in muddy shoe prints that we were told would be taken care of in the final clean before closing. A few windows still have exterior paint on them too. I think the biggest bummer is that the master bathtub that we upgraded is scratched. Our project manager said it would clean up before closing, but again it didn’t. The house just needed a really good once-over that didn’t seem to happen.

I’ll share more pictures as we start to make it our own, but here are some professional pictures for now. It’s the first time the Olsen Model has been built around here, so Dwelling Moments took these for our builder. 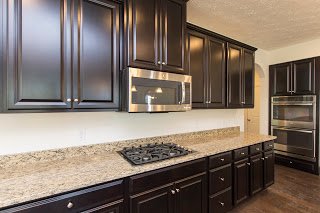 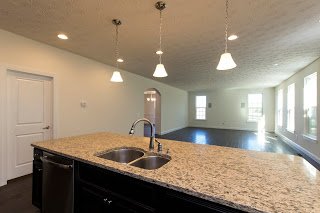 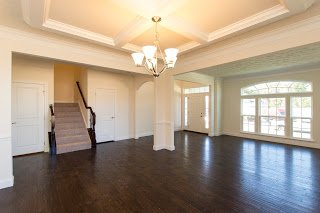 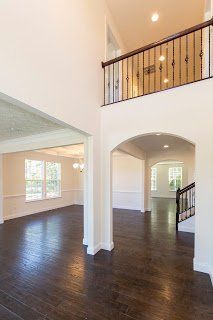 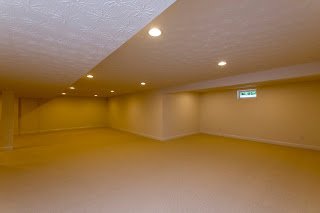 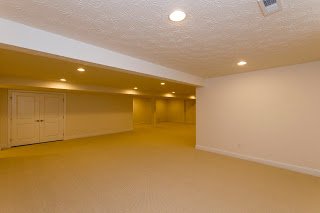