Our housing journey continues to hum right along. With around 5,000 square feet to furnish in the new home compared to the 900 we have now, furniture is going to a big project. Our plan was to pick up pieces here and there for the next few months so there would be less to do all at the same time when we close. I’ve been keeping my eye out for end tables, curtains, fun pillows, rugs, stuff like that. We planned to leave the major purchases and bigger items for after we’re actually in the house.

I’ve been browsing Pottery Barn catalogs as well a Crate and Barrel or Restoration Hardware, but I just can’t bring myself to spend that much. I had my eye on the Banks table from Pottery Barn, but at nearly $3,000 for a fancy table we wouldn’t use very often? No way. But can we appreciate how pretty it is? 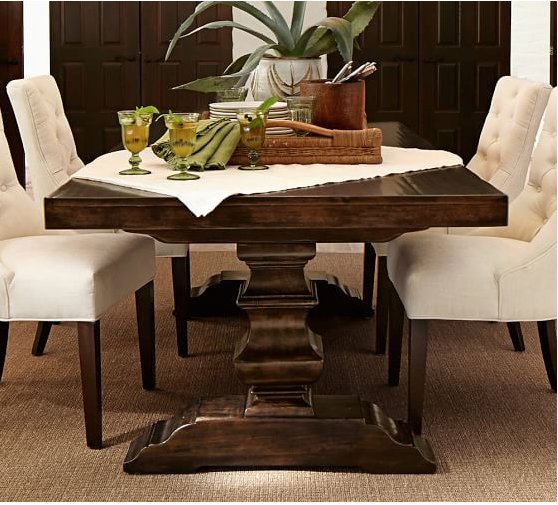 I tracked down a similar table at Ashley Furniture called the Strumfield. Our local store had it listed for $1,600. It was slightly rougher in texture and had more black than brown in it. It also didn’t have the fancy balusters, but was a good second choice for the price. It was smaller than the Pottery Barn model and doesn’t have the extra leaf option on each end. Still… with a whole house to furnish we don’t want to spend too much on any one piece, so this one went on our maybe list. 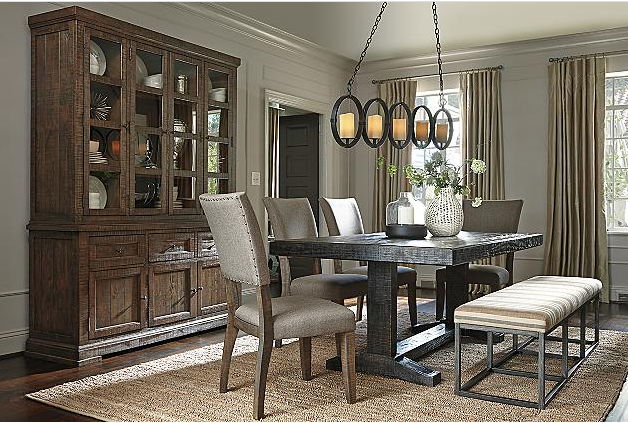 A few weeks later, we drove out to the Pottery Barn outlet to browse. I was hoping to grab a couple sets of their striped curtains that I just can’t bring myself to buy. They didn’t have the curtains, but my husband spotted a smaller table that would be perfect for our morning room, where we plan to eat most of the time. It was the West Elm Terra table. It’s the dark brown expresso color that we love and was in great shape with just a small scuff on the very bottom of the table leg. West Elm price? $700. Outlet price? $200. 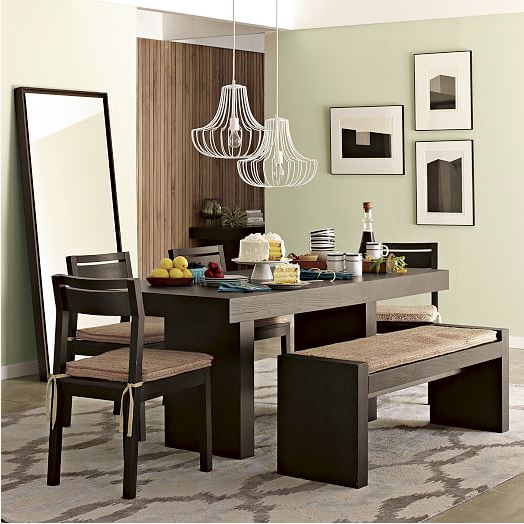 Needless to say, we grabbed that table right up. We’ll still need to pick up seating for it after we move in, but what a great find! 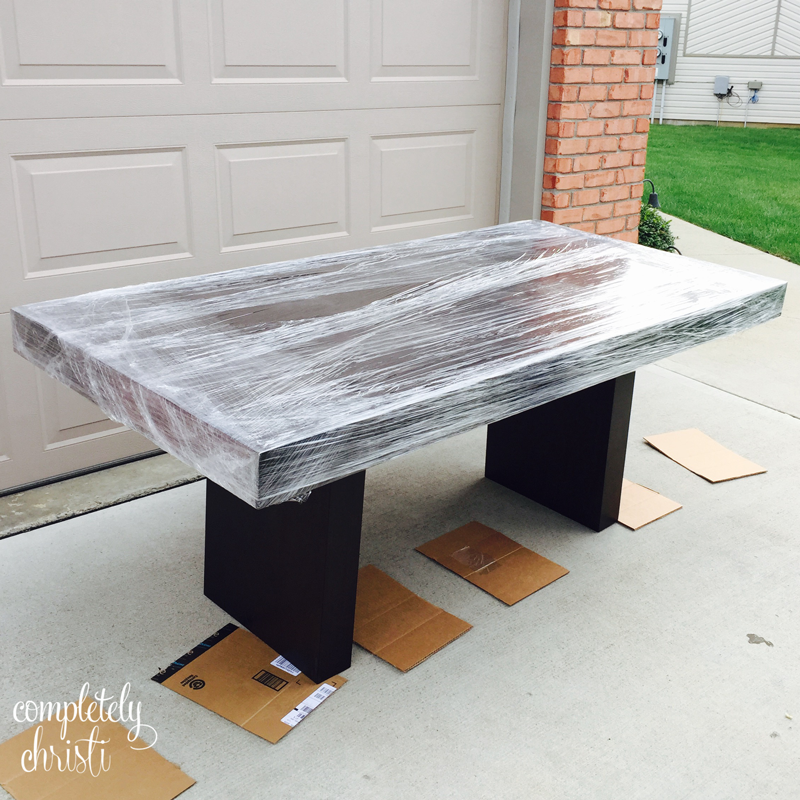 I really should have taken pictures of this outlet because furniture was PACKED in there. Some of the things were pretty banged up, but others looked good as new. Tables were on top of each other, couches, chairs, lamps… you name it. I was overwhelmed at first, but then digging through it became a fun challenge to see what we could find. I’m so glad we did because we found this! What? Banks table. Large. Expresso. Both leaf extensions (not pictured). Not a scratch or scuff to be seen. 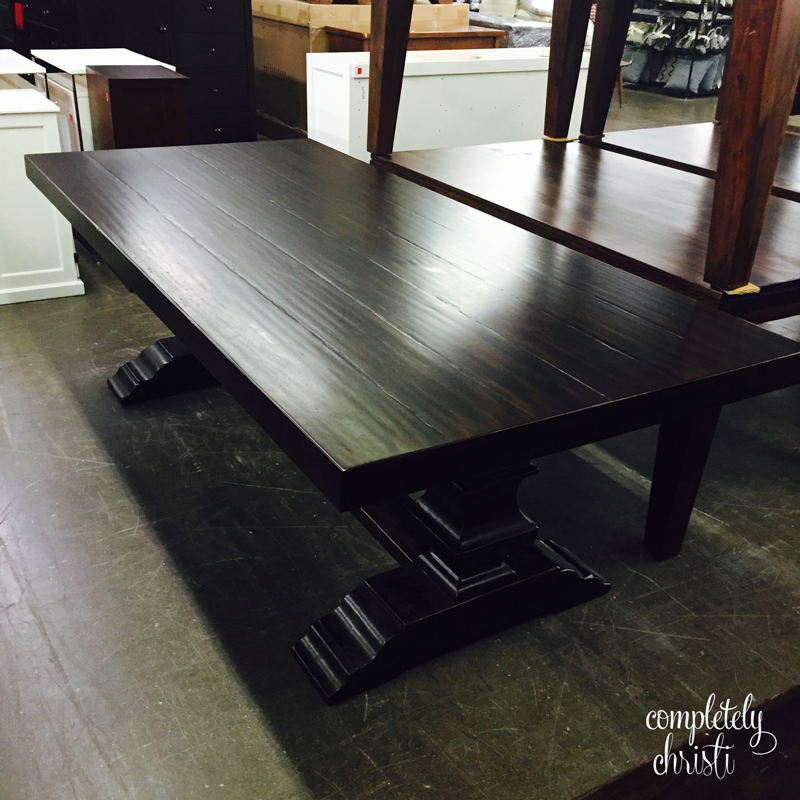 I told myself to walk away. Walk. Away. But it was actually my husband who investigated it. And then wanted it. Where is the man I married?! The one who is usually holding pretty tight to the wallet. Not here today, friends! Are you ready for the price? 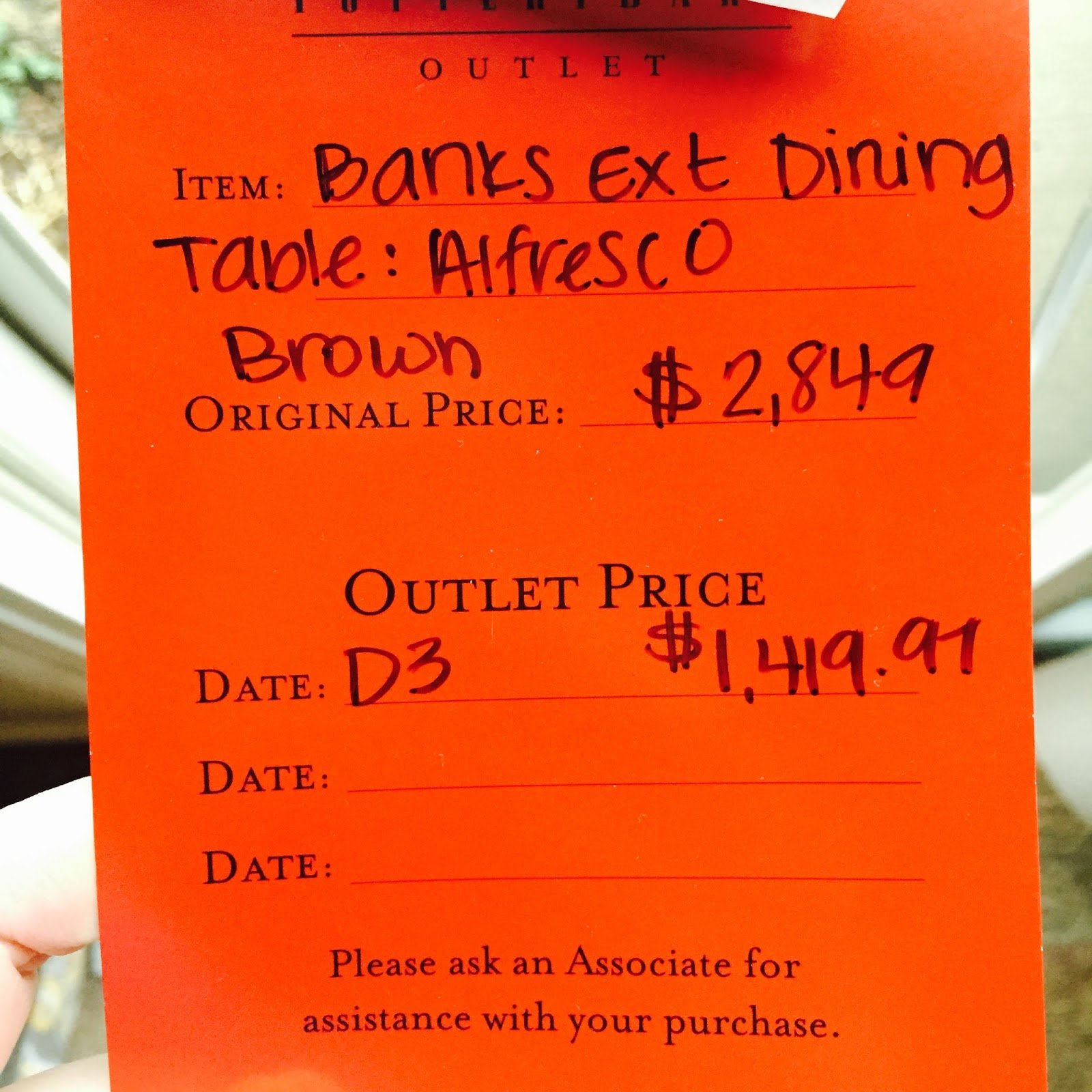 So… we bought that one too. ha! And let’s just say that one wasn’t going to fit in the X, so we had to scramble for a truck from my father-in-law. Totally worth it. Not only did we come out under budget on both pieces, but that’s two less rooms to furnish later when we move in.

Up next? Lighting and area rugs. You know I’m going to find a deal. 😉